The 1928 St. Francis Dam Accident Caused Hundreds of Deaths and Millions in Damages 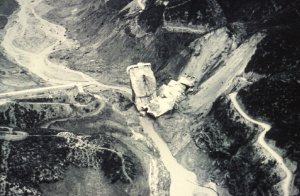 Located approximately forty miles northwest of Los Angeles, California, St. Francis Dam was a curved concrete gravity dam constructed between 1924 and 1926 to provide a storage reservoir for the Los Angeles Aqueduct system. It was only the second concrete dam of nine dams built by the Los Angeles Bureau of Waterworks & Supply starting in 1921. The design and construction of St. Francis Dam were executed solely by the Los Angeles Bureau of Waterworks & Supply under the organization’s chief engineer William Mulholland. The dam’s 1928 failure, which resulted in the deaths of over 400 civilians, was attributed to a series of human errors and poor engineering judgment. Due to the tremendous loss of life and property damage estimated to be $7 million, some consider the St. Francis Dam’s failure to be the “worst American civil engineering disaster of the 20th century.”

Multiple instances of poor judgment by Mulholland and several of his subordinates significantly contributed to the cause of failure of St. Francis Dam. Plans for the dam were based upon those previously prepared by Mulholland for the Mulholland Dam, with little regard for site-specific investigations. When the plans were finalized and after construction began, the dam’s height was raised by ten feet on two separate occasions to provide additional reservoir storage needed to sustain the growing community surrounding the dam. Although these modifications increased the dam’s height by twenty feet, they made no changes to its base width. As a result, the intended safety margin for structural stability decreased significantly. Mulholland’s team recognized this effect. However, the engineering analysis, acquiring of additional materials, and extended construction time to properly mitigate the height increase was considered too costly to the project and those financially invested stakeholders in the completion and operation of the dam. 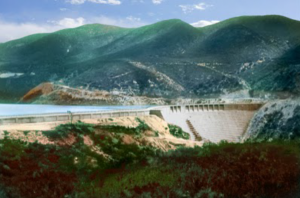 St. Francis Dam failed at midnight on March 12-13, 1928, only twelve hours after its last inspection by Mulholland. For a considerable period leading up to the last inspection, leaking cracks were observed within the main dam and at its abutments which were dismissed as conditions typical of the dam type.

When investigating the cause of failure, it was clear that any independent party did not review the proposed St. Francis Dam design. It was also clear that it was designed to prevent small foundation stresses and not accommodate full uplift. It is estimated that the design exhibited a safety factor of less than one, while Mulholland claimed it was designed using a safety factor of four.

In the aftermath of the failure, Mulholland took full responsibility for the accident during a hearing. He stated, “Don’t blame anyone else. You know you can just fasten it on me. If there was human error, I was the human” and he “only envied those who were killed.” Shortly after the failure, he ended his career by stepping down as head of the City of Los Angeles Bureau of Waterworks & Supply.