You Should Know This About Cast Iron Pipes 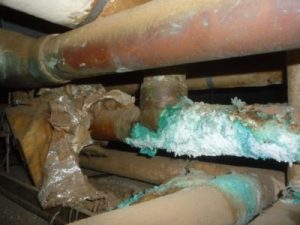 If you live in a home that was built before 1975, chances are your plumbing system consists of cast iron pipes. The pipes can corrode over time compromising their structural integrity.

Cast iron pipes are a type of pipes that are have been in use for plumbing since the 17th century. They are made of iron and, because of oxidation, they can slowly chip and slowly fall apart.

This and many other types of damage can come due to pipe corrosion. These issues are not minor and most old cast iron pipes will show some of these issues.

Although cast iron pipes have been used in many different water systems throughout the United States in the last one hundred plus years, they do deteriorate over time. Also, they have a lifespan of only between 40 and 50 years. They can even begin to develop problems at 25 years old, depending on certain circumstances.

Because of the salt and moisture-rich environment, Florida homes are especially susceptible to this type of pipe corrosion. Many residents are finding that their insurance companies are not covering costs related to water damage due to corroded plumbing. The effects of water damage can be quite significant and cost upwards of $10,000 to $30,000 in repairs or more.

A sewer backup into the home can be particularly detrimental to your property as well as to your health because you could potentially be exposed to harsh chemical additives, bacteria, pathogens, and other harmful substances.

Water damage is the second most common type of insurance claim. Between 20-30% of all property damage is caused by water. Ignoring a faulty plumbing pipe system is just an accident waiting to happen, and it could only be a matter of time before you are faced with an expensive emergency due to compromised cast iron pipes.

Also, if water damage goes unattended, it can lead to dangerous mold in your home. If you suspect there is mold in your home, do not neglect it. You need to call a mold restoration company immediately, so they can help you clean it up.

If you had no previous knowledge that your pipes could deteriorate because they are made of cast iron, then you could have a claim.
However, insurance companies are notorious for giving lower reimbursements for cast iron claims, so be very careful. Sometimes the insurance company can take years to pay you your claim. They can even deny a claim completely, even though the policy technically covers it.

So you have to know your insurance coverage, and how to process the claim correctly.

Because of how many claims are denied, there is a class-action lawsuit that has been filed. Because so many people have experienced the cast iron problem, insurance companies are scrambling to stem the tide of claims and minimize their losses. There are policies now that exclude cast iron coverage, so make sure you understand your policy.

Always have a public adjuster explain to you your policy and your coverage before you start a claim.

If your insurance company has sent a plumber or hired an engineer to go to your home and evaluate your property, it is in your best interest to get a second opinion. If you have experienced minor leaks, or have seen rusty pipes, dimpling, discoloration or flaking on your pipes, then there is a good chance that they are corroding.

The inevitable remedy will be to replace them so that you can be sure they will not cause water damage in your home. If you think that your pipes are corroded, the best thing is to hire a professional. You need to get an expert assessment of the situation.

If you have any of the following you may have a cast iron pipe that is causing a problem: