The Devastating Differences Between Hurricane Categories 1 Through 5

Hurricanes are scary and can be life-threatening at any stage, but there are important distinctions between categories 1 through 5 in terms of how much of a potential punch a storm can pack. 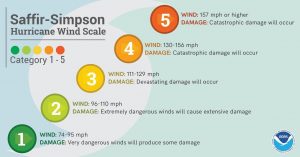 The National Hurricane Center uses the Saffir-Simpson Hurricane Wind Scale which estimates potential property damage using a 1 to 5 rating depending on the sustained wind speed of a specific hurricane.

“On average, 12 tropical storms, 6 of which become hurricanes form over the Atlantic Ocean, Caribbean Sea, or Gulf of Mexico during the hurricane season which runs from June 1 to November 30 each year,” the National Weather Service says.

Any hurricane above a Category 3 is taken very seriously since it has the potential for catastrophic damage and significant loss of life, according to the NHC.

While a Category 1 or 2 hurricane might not seem as threatening, these storms can still be extremely dangerous and safety measures should be taken.

Here is everything you need to know about each hurricane classification based on data from the NHC:

You can expect power outages that could last up to several days following extensive damage to power lines and poles.

When hurricane Sandy hit northern New Jersey in 2012, it destroyed or damaged more than 346,000 homes, cutting power to more than two million people.

While only a Category 1 storm, Sandy left behind $70.2 billion in damage, becoming the second costliest storm behind Hurricane Katrina, according to the Federal Emergency Management Agency (FEMA). 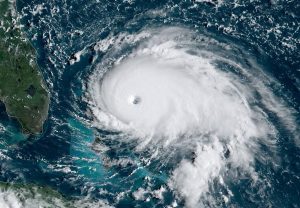 Power outages could last for weeks at this level, guaranteeing major damage to homes and uprooting trees.

Hurricane Frances was a Category 3 storm when it hit the Bahamas in 2004, but eventually died down to a Category 2 storm by the time it made landfall in Florida.

Frances caused $9 billion in damage and left a death toll of seven people: five in Florida, one in the Bahamas and one in Ohio.

The National Hurricane Center predicts that electricity and water will likely be unavailable for several days, or even weeks, once a Category 3 hurricane passes.

Winds at this level would cause major damage to securely-built homes, devastating roads and destroying power lines and poles.

Hurricane Katrina was a Category 3 by the time it made landfall in Louisiana in 2005, with sustained winds of 125 mph. The storm would ultimately be responsible for 1,833 fatalities and roughly $108 billion in damage. 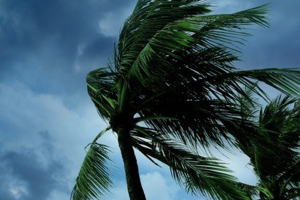 Once a Category 4 storm passes, the NHC says that most of the affected area will be uninhabitable for weeks, and possibly even months.

Catastrophic damage is expected to occur to the structural exterior of most houses in the hurricane’s path.

In 2017, Category 4 Hurricane Harvey was responsible for at least 68 deaths in the U.S., specifically in Texas, where it spawned 52 tornadoes.

Damage from Harvey was estimated at around $125 billion, flooding more than 300,000 buildings.

Sustained winds between 157 mph or higher.

A Category 5 hurricane is expected to destroy most framed homes, wiping out power poles and causing severe power outages that could last for weeks or months, according to the National Hurricane Center.

In October 2018, Hurricane Michael became the first Category 5 hurricane to strike the contiguous United States since Andrew in 1992, according to the National Oceanic Atmospheric Administration.

Michael reached wind speeds of up to 161 mph, becoming the strongest hurricane on record to make landfall in the Florida Panhandle, according to the National Weather Service.

Regardless of the size of the storm, though, always make sure you and your property are prepared for hurricane season and that you have an emergency plan in case you need to evacuate.