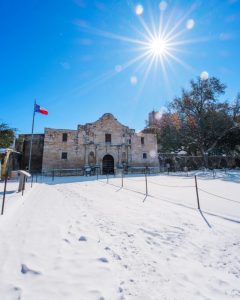 Texas storms can create massive damage. Hurricane Harvey currently holds the distinction of the state’s costliest storm. While the February 2021 freeze is already the largest winter storm, it is predicted to become “the largest claim event in state history” according to the Insurance Council of Texas. State Farm Insurance currently reports 30,000 claims for burst pipes a week after the event. Claims include damage to autos, damage to buildings from fallen trees, roof leaks, and interior water damage from burst pipes that are likely to result in claims for mold and business interruption. Liability claims have also been generated, tragically, from a single accident in Fort Worth from a 133 car pile-up on I-35 W when it suddenly turned icy in the early morning of February 11th.

The claim volume will undoubtedly drive considerable coverage and bad faith litigation. In fact, the plaintiffs’ bar is already preparing, much like with COVID-19 litigation, for coordinated insurance claim litigation, including likely class actions.

In the decade from 2008-2017, Hurricane Harvey caused $19 billion in insured losses in Houston, Rockport, and Port Aransas, a 2016 hail storm in San Antonio caused $1.4 billion in damage, and Hurricane Ike caused $12 billion in Galveston in 2008. A key distinction with prior storms is the statewide nature of the winter storm. While there are FEMA disaster designations in place currently in 108 counties, Governor Abbott has requested a statewide designation for all 254 counties, and the Texas Division of Emergency Management for the state anticipates that threshold will be reached. 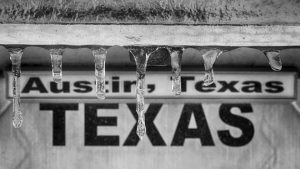 Projected property claim losses from the arctic blast are currently $18 billion. As with Hurricane Harvey, carriers are expected to respond to the Texas Department of Insurance data calls to report damage and claims data. In addition, the Commissioner of Insurance has issued three “Property and Casualty” bulletins that include the use of nonresident and emergency adjusters, enforcement of vacancy provisions, grace periods for premium payments, and contractor and repair guidance. The fourth bulletin covers the “Division of Workers’ Compensation.”

Largest Claim Event in Texas’ History
One carrier alone reported 20,000 claims for burst pipes from the weeklong event—compared to 75 total claims for frozen pipes in all of 2020. Several hundred auto claims were reported from car wrecks early on in the storm. Hundreds of thousands of claims are expected under residential and commercial property policies for damage to buildings from fallen trees, roof leaks, interior water damage from burst pipes, mold, and business interruption.