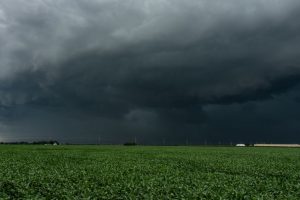 The deadly derecho was dubbed the most expensive thunderstorm in US history in August 2020, and the excessive expense of repairing and rebuilding destroyed towns in the path of the unusual inland hurricane is proving it.

According to the state’s Insurance Division, insurance companies have paid more than $3.125 billion to settle 223,410 damage claims from policyholders in Iowa. That number is expected to rise as state regulators urge insurance carriers to extend coverage to affected homeowners and businesses on the anniversary of the August 10, 2020 storm.

Iowans’ property and casualty issues are just a portion of the derecho’s larger 770-mile path of destruction from South Dakota to Indiana over 14 hours. The National Oceanic and Atmospheric Administration estimated it caused $11.5 billion in overall damage to communities, farms, and crops, with 1 million acres of corn and 600,000 acres of soybeans pulled from production in Iowa.

In a community slowly recovering from the COVID-19 outbreak, carriers gathered an army of out-of-state appraisers. 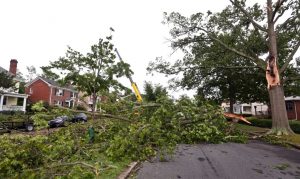 With the anniversary coming, Iowa Insurance Commissioner Doug Ommen encouraged people to verify their policies’ deadlines. In a July 26 advisory, he urged insurance firms to be patient when granting extensions in situations where insurance contracts stipulate that replacement or repairs must be done within a certain time frame in order to obtain replacement cost settlement payments.

State regulators received 416 customer complaints about derecho-related insurance issues, according to Jared Kirby, deputy commissioner of the Iowa Insurance Division, with 43 remaining active and 123 verified of the 373 that have been closed. This resulted in $323,151 in increased insurance proceeds being paid to policyholders.

The number of claims generated by the derecho was the most for any single occurrence for many carriers, resulting in unique situations and obstacles, according to Kirby, who estimates that only around 18,000 of the 225,000 claims are remaining to resolve.

State regulators received 416 complaints about a weather event that resulted in 223,410 claims, showing that most insurers responded quickly in the aftermath of the derecho.

The severity of the derecho, according to state regulators, has had a significant impact on property and casualty carriers, although they use a range of risk management measures to minimize exposure in single disasters to amounts they can handle.