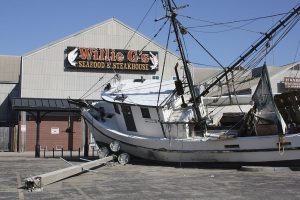 Hurricane Ike, which struck Galveston on Sept. 13, 2008, has proved to be the most expensive weather catastrophe in Texas history by a large margin. The storm totaled nearly $12 billion in wind and flood insurance claims in the state.

The hurricane’s 16-foot storm surge destroyed homes and businesses on Bolivar Peninsula and communities surrounding Galveston Bay, along the shoreline and inland from Orange to Freeport. More than half of Galveston Island was submerged.

Most of the area’s coastal residents heeded National Weather Service (NWS) evacuation orders. The NWS said Hurricane Ike was directly attributable to 20 deaths, most of them from drowning. 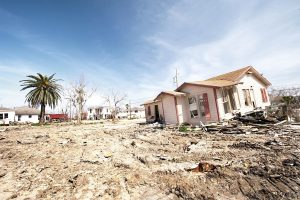 Before Hurricane Ike, Tropical Storm Allison had been Texas’ costliest weather catastrophe. Allison caused $3.5 billion in insured losses when it dumped more than two feet of rain on the city of Houston on June 8, 2001.

Hurricane Rita, which made landfall about 60 miles up the coastline on Sept. 24, 2005, caused $2.8 billion in insured losses in Texas and a similar dollar loss in Louisiana.

The volume of claims poured in from Hurricane Ike was compounded by Hurricane Dolly that struck South Padre Island six weeks earlier, causing wind and flood losses of $500 million.

Only one insurance company could not meet the financial demands from the 2008 hurricane claims, and its insolvency was not attributable to the storms. TWIA remained solvent by using all of its $470 million Catastrophe Reserve Trust Fund, $1.5 billion in reinsurance, and assessing insurance companies $530 million to pay all of the hurricane claims.