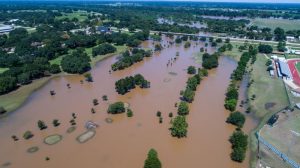 Hurricanes in Florida aren’t new, but recent technological advancements help save lives and reduce the extent of damages. Better medical equipment, better training, faster emergency response, sturdier structures, improved communication, and the ease with which people can be warned and evacuate are all factors that reduce the property damage, injuries, and deaths caused by hurricanes.

Those advantages didn’t exist a hundred years ago, which is why the state’s deadliest hurricane inflicted such a costly toll on the Sunshine State.

What Made the Okeechobee So Dangerous?

An estimated 2,500 Floridians lost their lives as a result of the Okeechobee Hurricane in 1928. The disaster, also known as the San Felipe Segundo hurricane, ranks among the deadliest disasters in the nation’s history.

The hurricane landed in Guadeloupe on September 12, 1928, as a Category 4 hurricane, killing 1,200. The next day it strengthened to a Category 5 with sustained winds clocked at 160 mph before making landfall in Puerto Rico. The storm destroyed almost 25,000 homes, damaged nearly 200,000 more, and left half a million islanders homeless. Okeechobee is estimated to have killed more than 300 Puerto Ricans and caused $744 million of damages in today’s dollars.

By the time it had made landfall in West Palm Beach, the storm had weakened to a Category 4 with sustained winds of 145 mph. It moved into central Florida, where it ran into Lake Okeechobee. The results were catastrophic for the area. The storm created a storm surge out of the lake, pushing water out for hundreds of square miles – up to 20 feet deep in some places.

The five communities most devastated were:

Although the exact death toll is unknown, it’s estimated that 2,500 residents drowned in the flooding.

The Aftermath Of The Okeechobee Hurricane 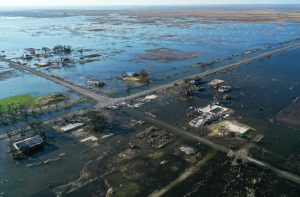 Most of the low-lying areas around Lake Okeechobee were inhabited by black migrant workers. They accounted for three-quarters of the storm’s fatalities.

The hurricane wasn’t an entirely divisive event. There were aspects of the recovery effort that brought people across the state together. The Miami Red Cross Citizens Relief Committee mobilized to send bread, milk, coffee, sugar, blankets, medical supplies, and cots. U.S. Senator Joseph Robinson, a vice-presidential nominee in that election year, was on the first relief train into the area.

Several important safety improvements were made to the state’s infrastructure. Engineers inspecting the damage could plainly see a dramatic difference in damage sustained by well-constructed buildings with shutters compared with poorly constructed buildings. Many steel, concrete, stone, and brick buildings were virtually unscathed, and the interiors of buildings with shutters escaped the brunt of the damage. These observations resulted in an overhaul of building codes that likely saved lives in subsequent storms.

In addition to improved buildings, there was also a push to reduce future storm surge flooding. The Okeechobee Flood Control District, in partnership with the U.S. Army Corps of Engineers, drafted plans for a series of floodway channels, levees, and control gates along Lake Okeechobee’s shores to control flooding, as well as conserve water, preserve fish and wildlife populations and prevent saltwater intrusion.