California’s 2020 Wildfires By The Numbers 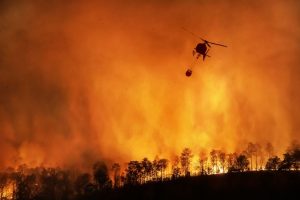 2020 was a year filled with both memorable and terrible superlatives. A series of wildfires erupted late in August in the new world of mega-flames, with a blitz of lightning and fires that raged for four months.

Before the season was over, 31 people, including 3 firefighters, lost their lives.

On the weekend of August 15, 2020, something extraordinary occurred. A storm swept into central and northern California, giving fire officials hope that the system would bring rain, putting an end to the region’s fire threat.

The exact opposite happened. Rather than sprinkling down rainfall on parched woodlands, more than 15,000 lightning strikes lit up the sky, igniting infernos. The dry storm was accompanied by warm winds, which fanned flames in all directions.

State officials urgently asked for aid from neighbors as flames multiplied and overlapped at an alarming rate. California submitted 935 requests for help, and 193 of them were granted. Not because of a lack of sympathy, but because of a shortage of crews and equipment.

California was not alone in having a record-breaking summer of wildfires. At the same time, major wildfires raged across the West. Even with a strong tradition of mutual aid in times of need, there was little support available.

Teams from throughout the world were dispatched. State and federal firefighters were joined by fire crews from Mexico, Canada, and Israel, providing assistance to those who had been fighting on fire lines for weeks without a break. 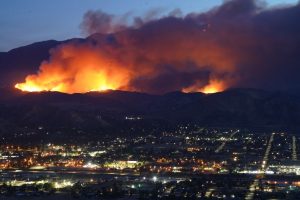 Wildfires release massive volumes of greenhouse gases, which contribute to global warming. California fires produced an estimated 112 million metric tons of CO2 into the atmosphere in 2019-2020, the carbon equivalent of adding 25.4 million automobiles to the state’s highways.

The smoke’s influence may be felt thousands of miles distant from the flames: it can be seen from space, it blots out the sun, and it is extremely harmful to breathe.

California uses a huge number of planes, air tankers, and helicopters to battle fires, and it has the world’s biggest airborne civil firefighting force.

Cal Fire tapped the state emergency fund in excess of $1 billion, the emergency money that fills in after the agency exhausts the millions in its appropriated budget.

California’s wildfires claimed the lives of 31 people in 2020. It’s not the worst year on record, but it’s the third deadliest since 2013.

The North Complex fire alone took the lives of 15 of those persons. The fire burned 318,000 acres and destroyed over 2,500 houses in an irregular and fast-moving manner.

Some horrific statistics stand out for California’s 2020 fire year: