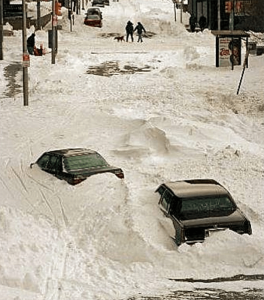 The Blizzard of 1996 was one of the most devastating winter storms to affect the Northeast United States, causing more than 150 deaths.

The first weeks of January 1996 were brutal in the Northeast, not only because of the blizzard but also from a subsequent warmup along with heavy rain that triggered major flooding.

“It was a nor’easter that, like so many, came out of the Gulf of Mexico and it was a classic nor’easter track for a blizzard,” AccuWeather.com Senior Meteorologist Steve Wistar said. 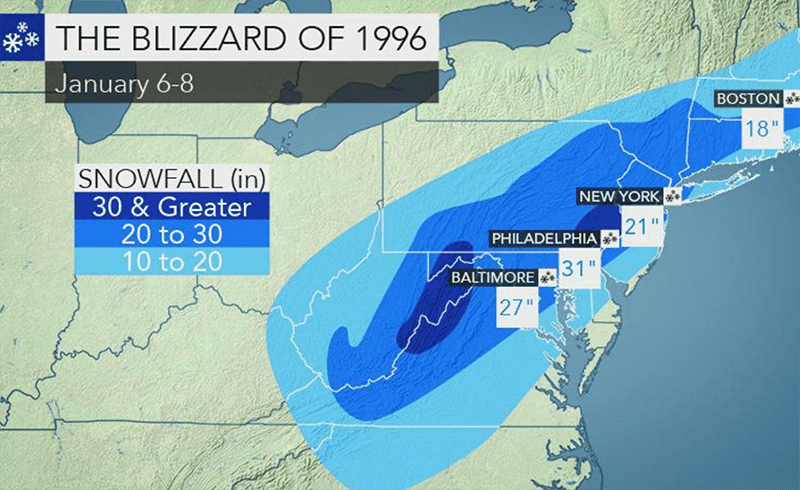 Philadelphia was the hardest-hit city from the Blizzard of ’96 with the City of Brotherly Love receiving its biggest snowfall ever from one storm: 31 inches. Amounts up to 48 inches were reported in western Virginia and the mountains of West Virginia.

The Blizzard of ’96 was one of a trio of snowstorms that left a deep snowpack across portions of the Northeast during the first half of the month.

Snow depths of 2 to 3 feet were common from central Pennsylvania into New York, the National Weather Service said.

It set the stage for major Northeast flooding.

“It was pretty well forecast with such a high surge of warm air on the heels of a large snowpack,” Wistar said. 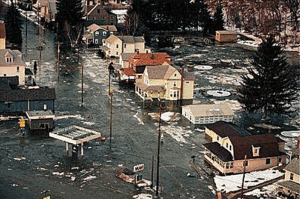 More than 3 inches of rain fell in 24 hours at Williamsport, Pennsylvania. The rainfall contributed to some of the worst flooding to affect Pennsylvania since Hurricane Agnes in 1972.

All but 10 of the Keystone State’s 67 counties reported flooding.

In addition to the damage in Pennsylvania, West Virginia sustained $24 million in damages to its public buildings and infrastructure. Neighboring Ohio sustained $11 million in similar damages.